Holy Family Residents have long recognized the virtues of our Ralph, especially on Thursdays when he mans our little Country Store and assists them with their shopping for snacks and odds ‘n ends. The Little Sisters who benefit of his active membership on our Advisory Board also recognize his great generosity in sharing his gifts. So, Mother Celine Thérèse and Sr. Veronica Susan were proud to attend the ceremonial dinner at Immaculata University on October 7, 2022 as Ralph Hall was honored the Recipient of the 2022 Mother M Camilla Maloney Award. 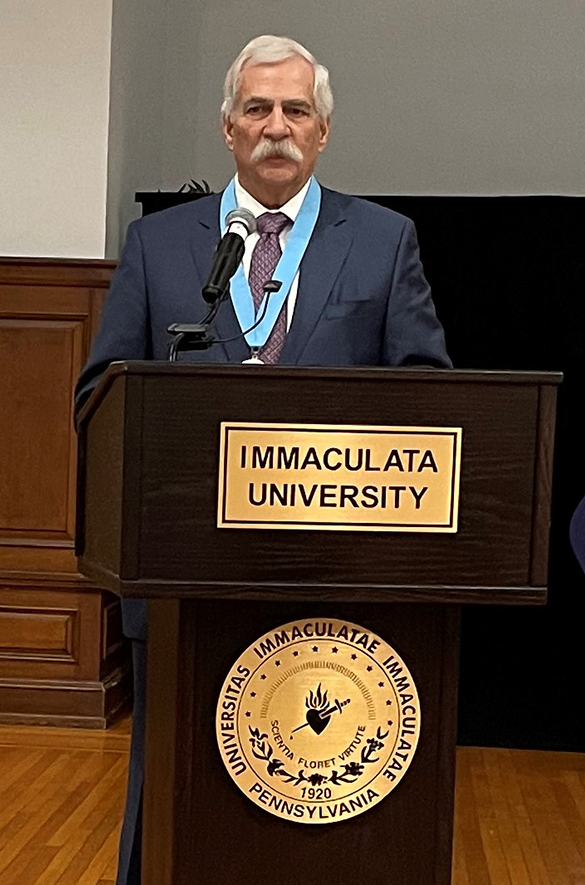 Spending nearly 45 years within the banking industry, Ralph Hall began his professional career as an accountant and financial analyst before specializing in the financial services industry at Andersen Consulting. Hall held senior executive positions at Citicorp, Green Point Financial and General Motors Acceptance Corporation, where he served as chairman of GMAC Bank (now Ally Bank). Under his leadership, the bank grew to $32 billion in seven years. During that time, he was also responsible for mortgage banking as the COO of GMAC Mortgage and various other financial subsidiaries in the insurance, settlement services and asset investments areas.

Since his retirement in 2008, he has dedicated his time to various educational institutions and organizations, holding volunteer leadership positions as a trustee at Immaculata University, executive-in-residence at La Salle University School of Business, and an Advisory Board member of Little Sisters of the Poor Holy Family Home and the MACS Education Foundation.

In addition, Hall shared his expertise with the next generation of business students by serving as an assistant professor at the La Salle University School of Business after his retirement.

Hall served as a United States Marine from 1967 to 1971. He received his bachelor’s degree in accounting and economics from Southeast Missouri State University and his MBA from the University of Houston. Hall lives in Lansdale, Pennsylvania with his family. 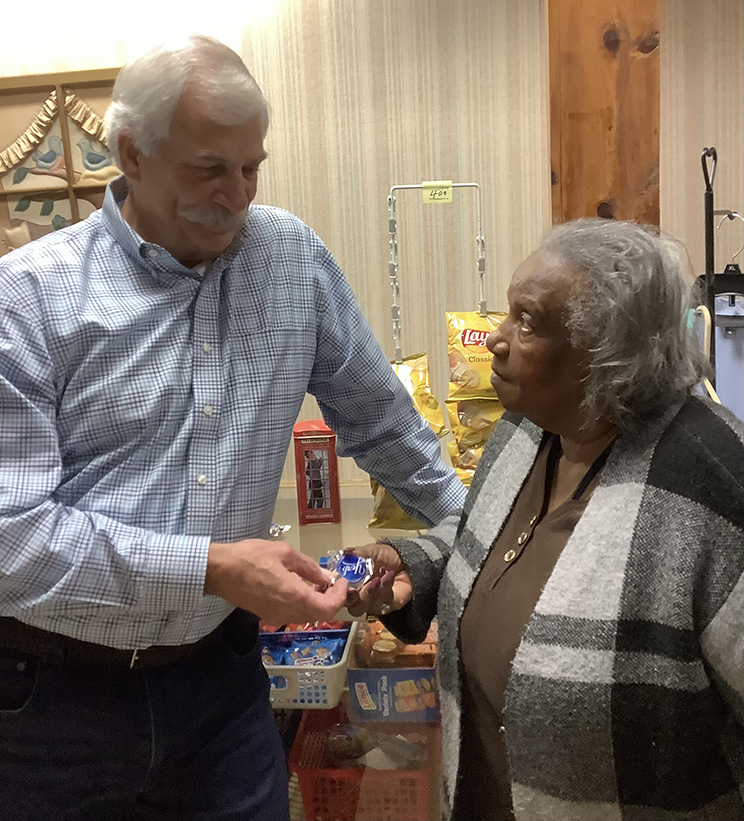