Mission of the Elderly

Mission of the Elderly: Safeguard the Memory of a People 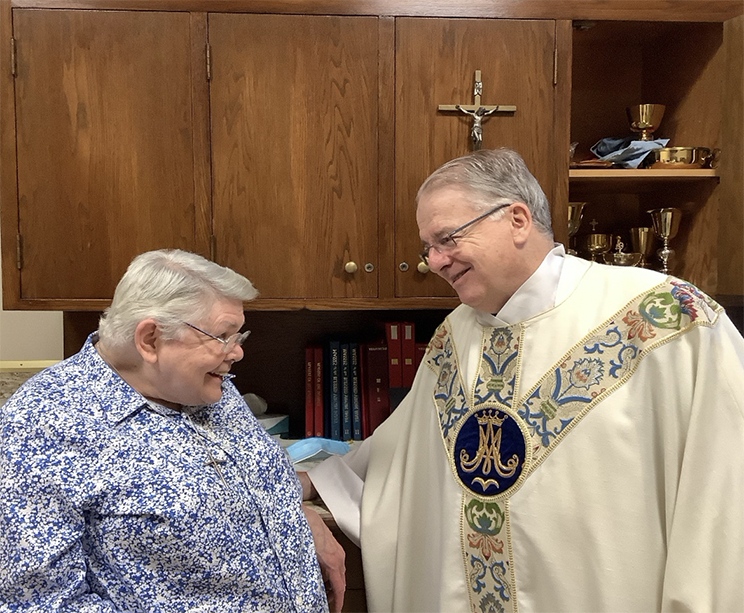 Mary Frances and Our Chaplain, Father Sullivan, discussing his homily after Mass on “9-11”

In his homily on September 11, 2021, Father Sullivan evoked the mission of the Elderly to safeguard and pass on the memory of a people. Father recalled Pope Francis saying that the future of the world depends on the covenant between young and old because “who, if not the young, can take the dreams of the elderly and make them come true?”

“Dreams are intertwined with memory.” Painful memories of “9-11,” for example, can help the young to learn the value of peace. He stressed that those among the elderly who learned lessons from such terror attacks must pass on the message because keeping memory alive and sharing it with others is a true mission for every elderly person.

“Without memory we will never be able to build; without a foundation, we can never build a house. Never. And the foundation of life is memory,” he said. With this encouragement, our Residents began sharing memories of 9/11/2001 and their repercussions.

Mary Frances told a tale of thanksgiving. The funeral of her Uncle Pete was on September 11th. Her cousin, who was scheduled to work at the World Trade Center on that day, had her life spared because she had joined the family for the Mass of Christian Burial. To this day, Mary Frances is in awe of Divine Providence.

Sr. Kathleen, who was living in Queens in 2001, felt marked by memories of the heightened patriotism (almost everyone put out the American flag in front of their homes) and the generous support of those laboring at Ground Zero. During the long months that followed the attack, there was a constant stream of volunteers. Among them was the Home’s Foot Doctor. When asked what he could be doing there every Wednesday (his day off!) he said he was privileged to attend to the sore feet of the dedicated workers. Hours of toil wearing wet boots caused maceration and blisters.

Memories of Gary, a veteran, will always be associated with his passing during the week we were commemorating the 20th anniversary of “9-11.” His family wanted him to be remembered as being under the protection of St. Jeanne Jugan. They searched the web to find her picture to have it placed on his memorial card. 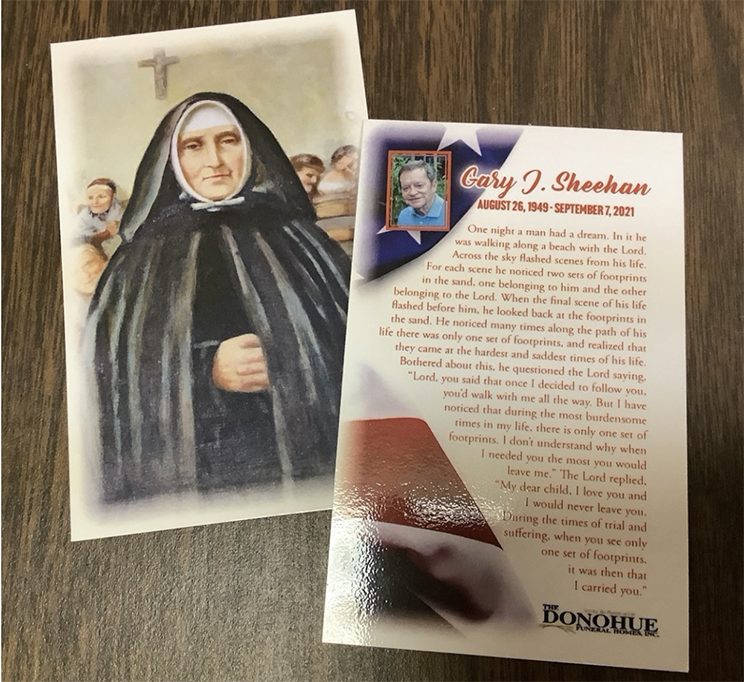