The Friendly Sons of St. Patrick outdid themselves again! Over the years they have been our faithful benefactors, rising to the occasion when special needs presented themselves. This year they celebrated their 250th anniversary. They take great pride in the fact that their society is older than the United States itself and that its early members played an important role in the founding of our nation.

On September 17, 2021 they continued their tradition of providing scholarships that empower those struggling to get ahead, and we were included among the recipients of these grants. Sr. Veronica (our Little Sister Beggar), Lily M (our real Irish charmer), Mary Lou D (our Apartment Resident), and Sr. Kathleen (our Irish Philly Girl) were invited to their gala for these Irish-who-made-good (doctors, entrepreneurs, scientists, writers) but don’t forget their humble roots. 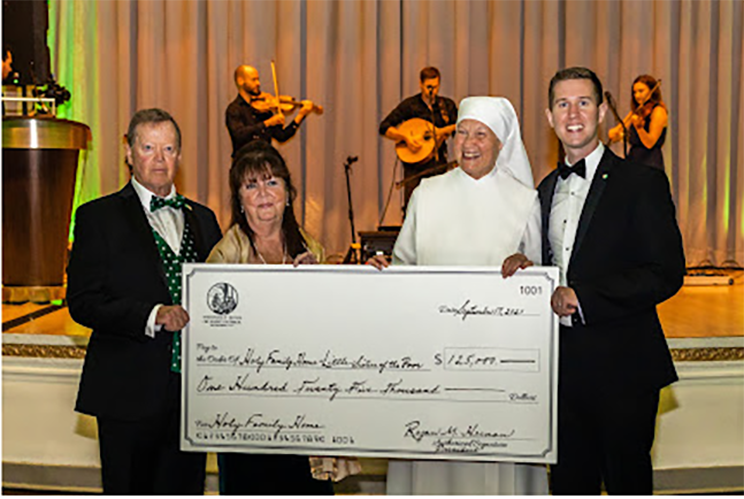 When Sr. Veronica expressed our gratitude, she said: “It’s appropriate that your donation comes to us as a scholarship because we often say, when a Resident passes on to Eternity– There goes another graduate of Holy Family Home!” She went on to describe some of the hardships our Residents suffered during the previous months of the pandemic. “You might have been confined to working at home,” she said, “they were confined to just one room and the only faces they saw were masked!”

Of all the dignitaries who spoke at this ceremony, she was the only one to receive a standing ovation! 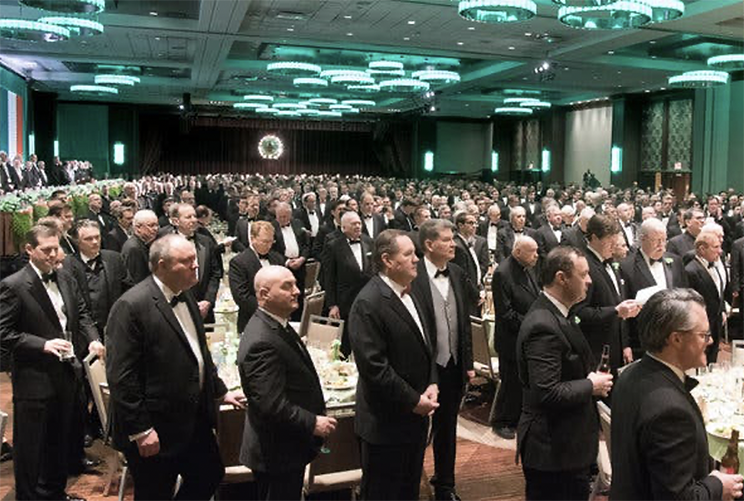