Born to Charles and Anna Kowski, Rose enjoyed a very happy early life. Her father died when Rose was just 5 years old; however, her strong, financially savvy, German mother raised the family that they always had more than the others despite the lost of her dad.

While out with a group of friends at a roller-skating rink, Rose met Jack Adams, the love of her life, and they were married on April 25, 1942. World War II separated the newly weds as Jack served in the Navy. After the war, Jack returned safely home where Rose and Jack began their family that would result in seven very healthy children within ten years with the first four being born in three years.

Faith formed the foundation of the Adams family with both Rose and Jack as daily communicants. Not surprising, two of the seven children entered the Sister, Servants of the Immaculate Heart of Mary where they have both served God for more than 85 years combined. The other five children all married and gave birth to 10 grandchildren. The grandchildren married adding twelve great grandchildren to the Adams clan.

Sorrow hit the family on Holy Saturday, March 29, 1986 when Rose’s beloved Jack died of a massive heart attack ending their 44 years of happy marriage. Rose returned to the family homestead to live with her brother Frank Kowski for the next joy-filled 25 years. On December 8, 2012, Rose put herself in St. Mary Home at 5th and Locust because she did not want any of her children to give up their life taking care of her. Realizing she needed more care, on March 2, 2015, Holy Family Home welcomed Rose with open arms and it has remained her loving home ever since.

If you ask Rose what has contributed to her longevity, she will boast of her faith and her positive attitude.

Her zest and enthusiasm for life exude from her. Her children often laugh over who will inherit her rose colored glasses. Rose enjoys reading the daily newspaper where she keeps her children informed of what is happening in their neighborhoods and the world. She is quick to pick up a needle and thread to alter her clothes or mend anything. She receives daily phone calls from her seven children that she always ends with, “if something exciting happens, give me a call.”

Rose celebrated her 100th birthday in Margate, New Jersey with her seven children at her side. They all reminisced about the past while looking to the future. Rose and Jack Adams certainly raised a wonderful family where all seven children love and care for each other and all are still healthy with the baby being 63 years old. 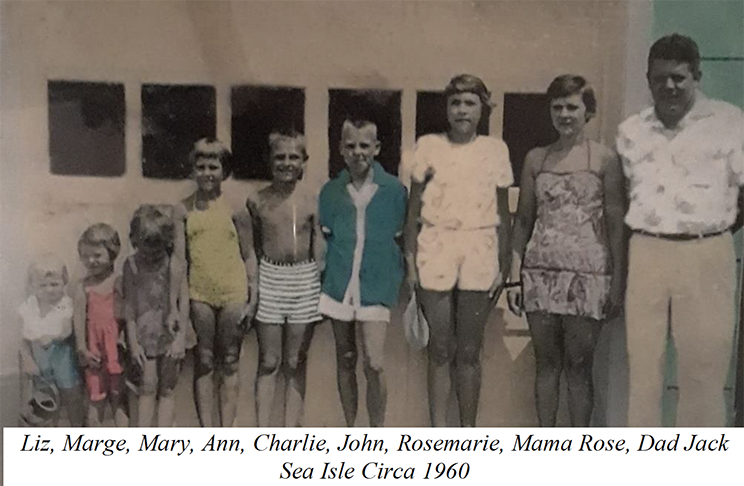 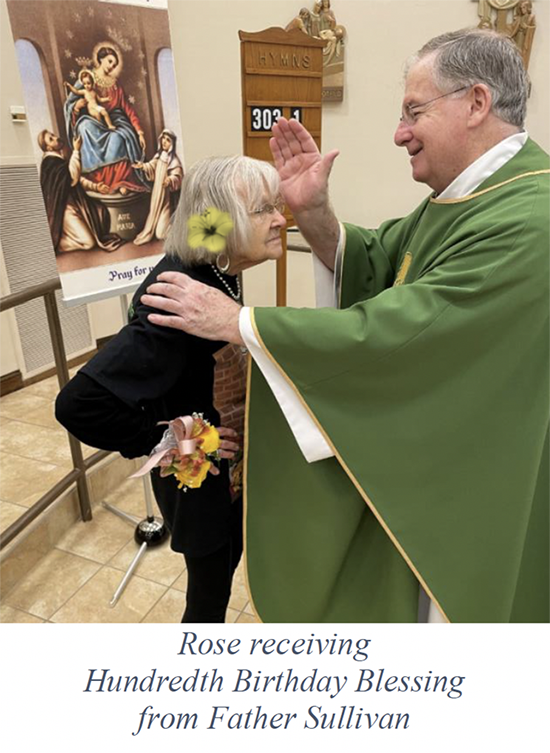 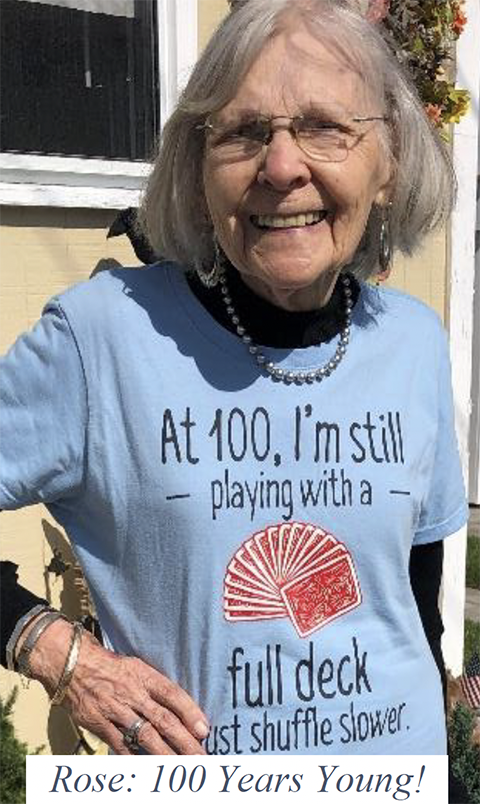 Rose has been a ray of sunshine on the Personal Care Unit since March 2, 2015. She’s first up in the morning, first in the Chapel each day, first for meals, first in bed at night. Early to bed and early to rise has kept her healthy for a hundred years, wealthy in gifts and graces, and delightfully wise! We are united with all her family and friends in thanking our Great God for the gift of her life!
Awesome Autumn Adventures
Happy 100th Birthday, Helen!