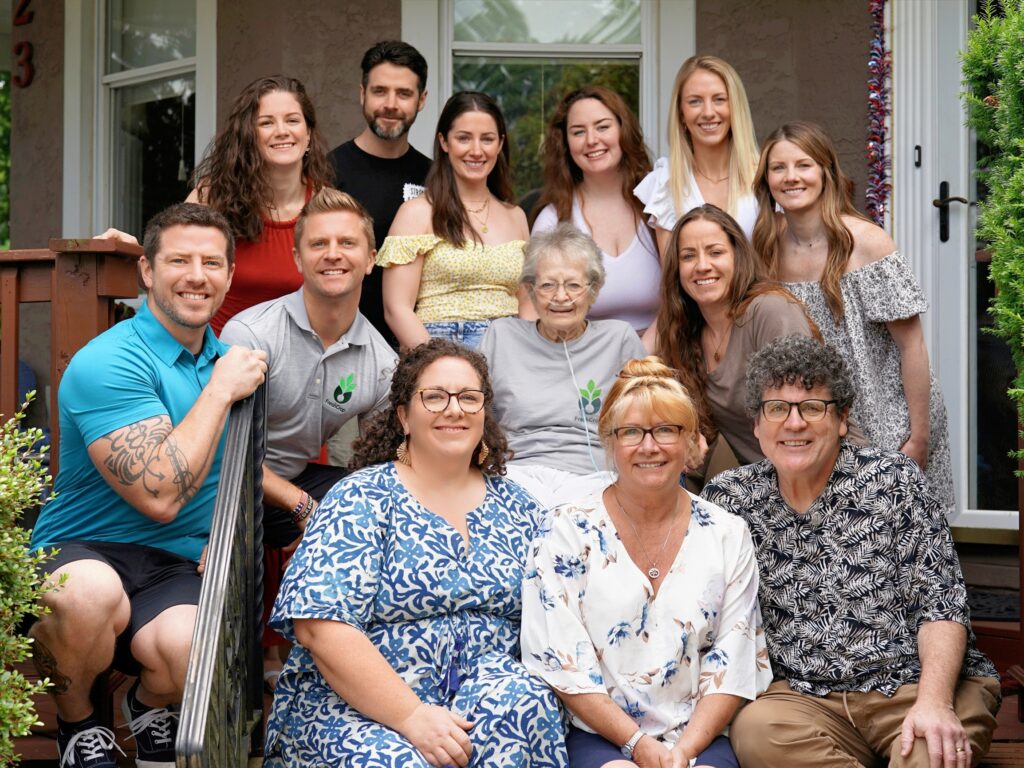 Apartment Resident Linda surrounded by her son Patrick with his wife and 10 children.

“For a renewed respect for life in all its stages” is a frequent intention in the prayers of all of Holy Family Home’s extended family, but one of us stands out for courage and perseverance– that’s Patrick, Apartment Resident Linda Ireland’s son and caregiver, who is himself, the father of ten.

Recently Patrick made his usual sacrifice of his Saturday-morning-sleep-in to be a peaceful, prayerful presence from 6 to 9 a.m. outside the Philadelphia Women’s Center. This time, he witnessed a young woman knock to the ground an 82-year-old man who was also there praying. As Patrick went to see what happened, he was also struck several times.
Patrick withdrew, but that didn’t stop him from going back the very next week! When he came home this time, he beamed as he told his Mom, our Resident Linda: “The abortion clinic staff still ushered in numerous women and a cluster of pro-abortion folks cheered them on, but then a large group of young men and women arrived. They simply knelt down on the cold pavement and noiselessly changed the whole atmosphere. Mom, the young bring great hope to the Pro-Life Cause!”

When congratulated for being such a positive Pro-Life Warrior, Patrick pointed to his Mother, saying: “I would be sad if I got credit that I didn’t deserve! Here’s my ‘pro-life history’ –As a teenager, my Mom, Linda, took me to one of the first “Marches for Life” in Washington DC.

In the 80’s, I prayed the rosary weekly outside the abortion clinic on Comly Rd. in NE Philadelphia – many times pushing some of my babies in a stroller.

I stopped my activism for many years after that. My wife, Shawn, and I tried to be “pro-life” by raising our 10 children in the Catholic faith, and attending Respect Life Day Masses and marches.

In 2018, Dr. Monique Ruberu spoke at a Respect Life rally for the Archdiocese. After the rally, she famously offered me a t-shirt if I would commit to a month of praying at the Philadelphia Women’s Center abortion clinic at 777 Appletree Street. 4 years later, I’ve only missed 3 Saturdays praying with other faithful pro-lifers on Appletree Street. We joke that “for the price of a t-shirt, they got me back for life”! (But we are very serious about praying for the mother and the babies that are brought there to have their lives ended – about 6,500 abortions per year just on Appletree Street)

We at Holy Family Home earnestly join Patrick and all Pro-Lifers in begging our Great God to restore respect for life in all its stages all over the world! We will be especially united in responding to the urgent request of our Bishops:

In all the Dioceses of the United States of America, January 22 (or January 23, when January 22 falls on a Sunday) shall be observed as a particular day of prayer for the full restoration of the legal guarantee of the right to life and of penance for violations to the dignity of the human person committed through acts of abortion. 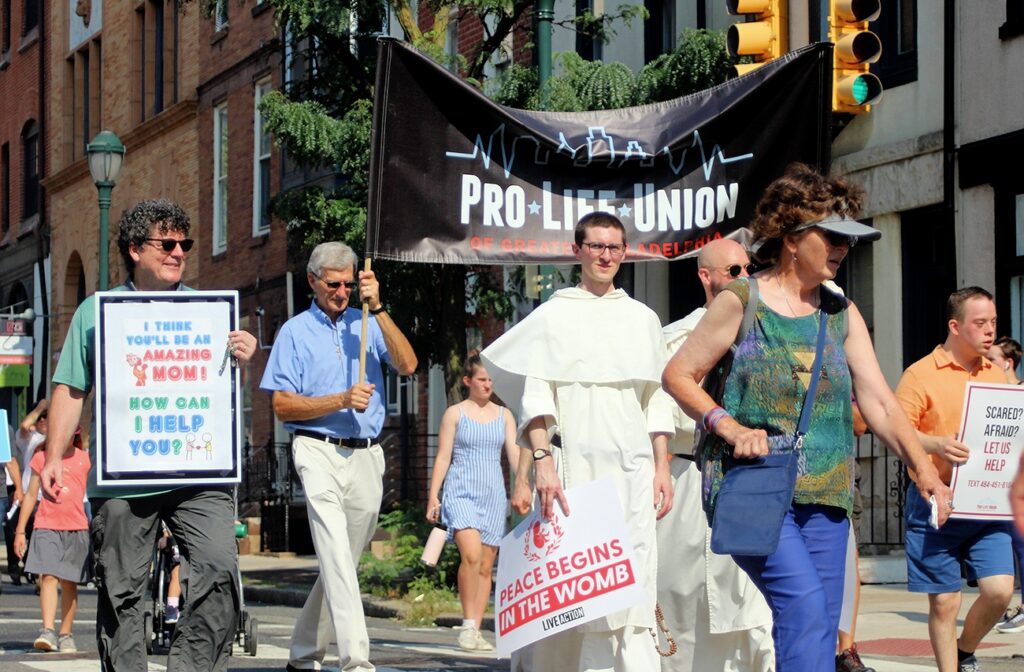