With the passing of Pope Emeritus Benedict XVI on December 31, 2022, we got to pondering the impact of this beloved Holy Father on our lives.

Mary Lou, our 91-year-old Apartment Resident mused: “He gives me the perfect example of a happy death. When he retired, he said it was to pursue prayerfully the last lap of his journey home. For the past ten years he continued to show support and concern for needs of the Church and the world, but with his ultimate goal in sight. As his health declined, our Holy Father Pope Francis brought it to the attention of the whole world. We were all there in spirit to accompany him as he quietly slipped off to the Father. For me, that’s the way to go!”

Reading Benedict’s Last Testament, 92-year-old Apartment Resident Dorothy G. remembers how he helped her talk about religion with her inquisitive nephew. “I’m an old-time Catholic,” she said, “and I liked the way Pope Benedict taught so clearly the truths of our Faith.” 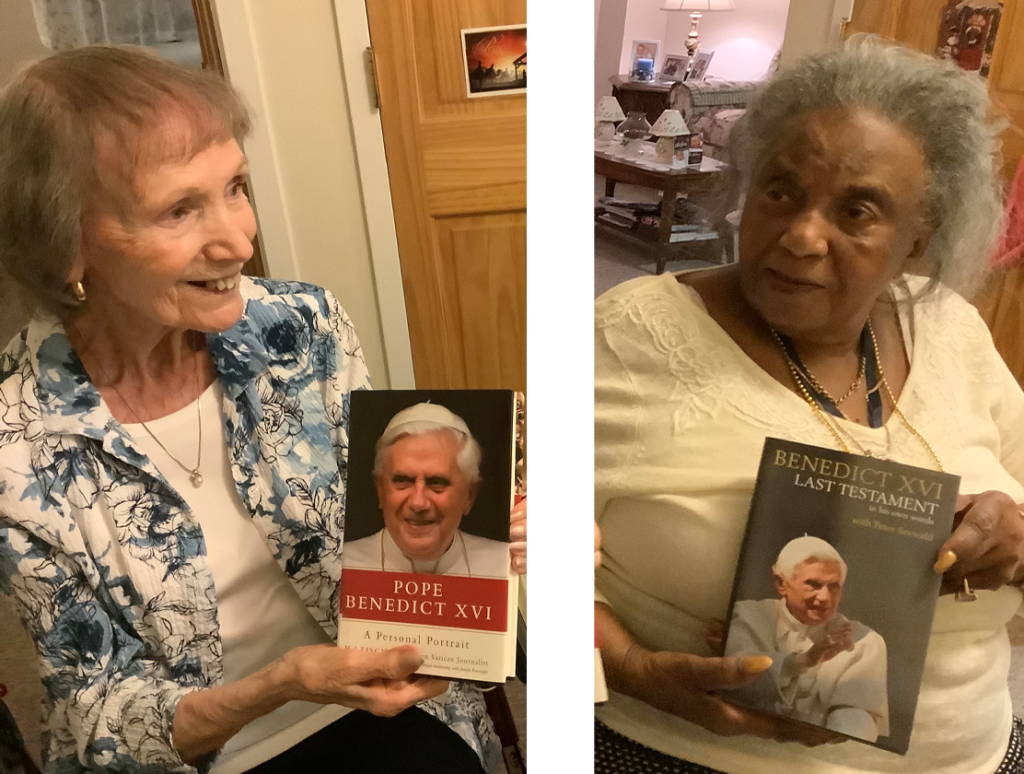 Sr. Anne Claire admires the way Pope Emeritus Benedict XVI was such a steadfast, faithful laborer in the Lord’s vineyard before, during, and even after his Pontificate. Sr. Bernice believes Pope Benedict’s humility and his encyclical, “Deus Caritas Est” speak specifically to Little Sisters of the Poor. Sr. Elizabeth Teresa was touched by Pope Benedict’s love. “His last words, ‘Lord, I love you!’ make me see that he died the way he lived!”

With the whole world, we here at Holy Family Home offer a heartfelt prayer of thanksgiving to our Great God for the life and example of Joseph Ratzinger, Pope Emeritus Benedict XVI! 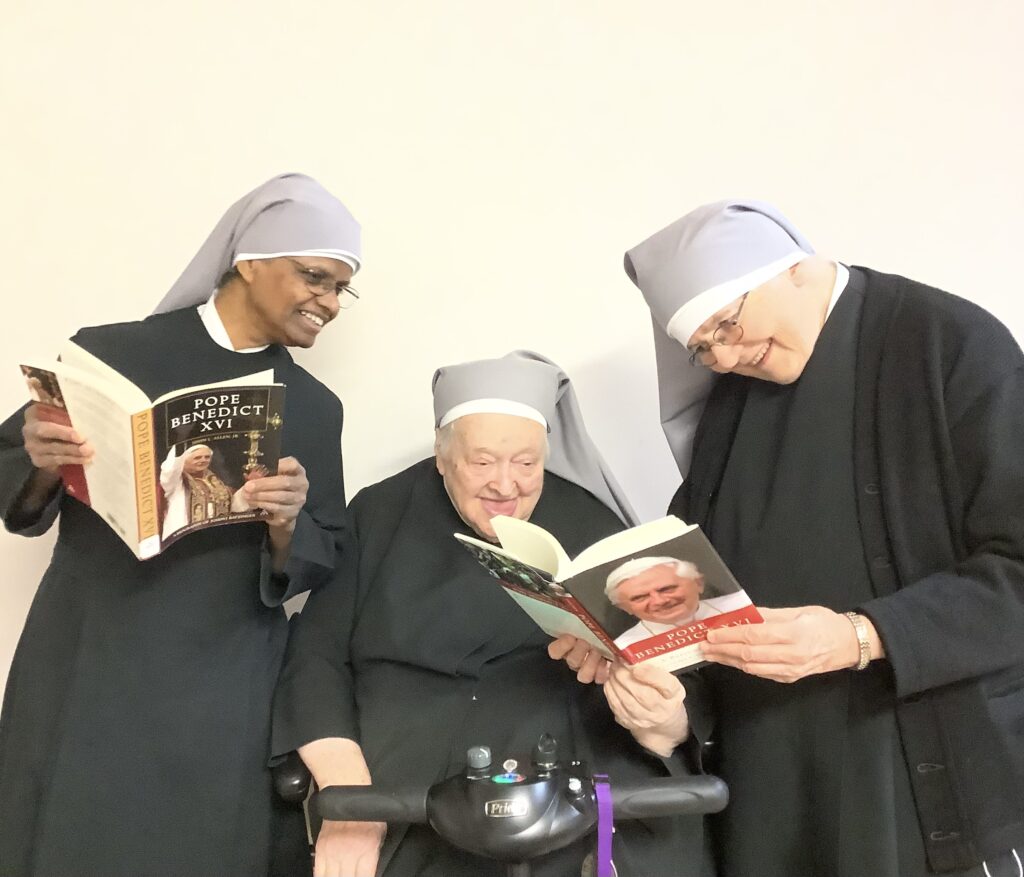