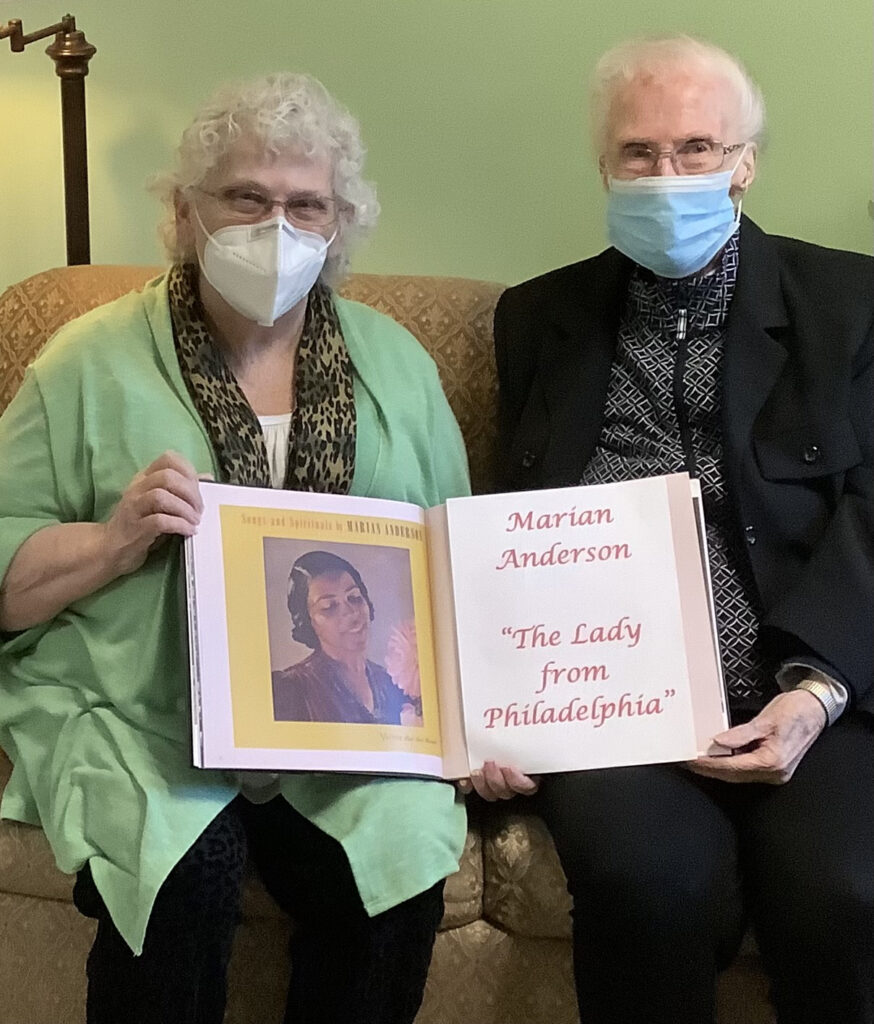 February is Black Heritage Month. For this occasion, Joe Henwood, who authored a biography of Marian Anderson, came to Holy Family Home to give a presentation on “The Lady from Philadelphia.”

Our Residents were thrilled because they had vivid memories of Marian Anderson. Interestingly, none of our black employees interviewed ever heard of her. We watched a video and listened attentively as “Joe” told the story of a fellow-Philadelphian.

Marian Anderson was born in 1897 in South Philadelphia in a family that was poor in material means but rich in their Christian faith and Afro-American cultural values. Her neighbors were the first to discover Marian’s contralto voice. She joined the junior church choir at the age of six. At the age of 10, Marian was singing with the People’s Chorus of Philadelphia. Her family could not pay for any music lessons or high school. The pastor of her Baptist church, along with other leaders of the black community, raised the money she needed to get singing lessons and to attend South Philadelphia High. After high school, Anderson applied to the all-white Philadelphia Music Academy but was turned away because she was “colored.” Undaunted, Marian pursued studies privately in her native city through the continued support of the Philadelphia black community.

She eventually toured Europe, where she did not encounter the prejudices she had experienced in America. After being acclaimed abroad, Marian sang at the inaugurations of President Eisenhower and John Kennedy and at Martin Luther King’s famous “I had a Dream” speech.

Of course, our Residents resonated with Mr. Henwood’s presentation and this provided the opportunity to share their memories with our employees. Marian Anderson’s success story is rightfully seen as part of Black Heritage.