﻿From February Fun to April Antics

After some downtime after the Christmas holidays, things geared up again, starting with a Mardi Gras event, sponsored by the Home’s AJJ (Association Jeanne Jugan) members. Mummers played lively music for Residents to tap their feet and sing along. Dancers from Kathi’s Dance Studio came and entertained us with their creative moves. 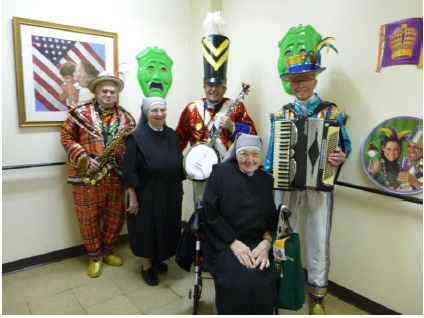 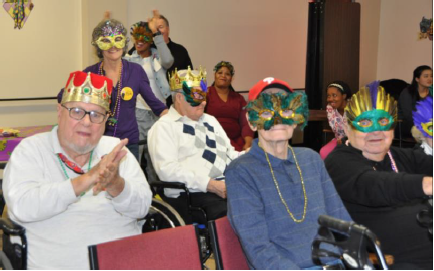 For the Year of Mercy, Residents will be visiting the five National Shrines located in the Archdiocese of Philadelphia designated to open a Holy Door for the Extraordinary Jubilee. Their first visit was to St. John Neumann Shrine, where they had a tour of the shrine and museum and attended Mass. 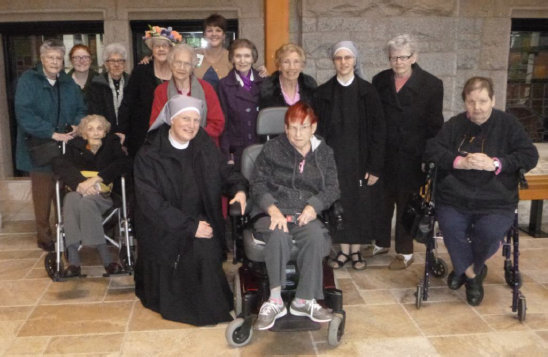 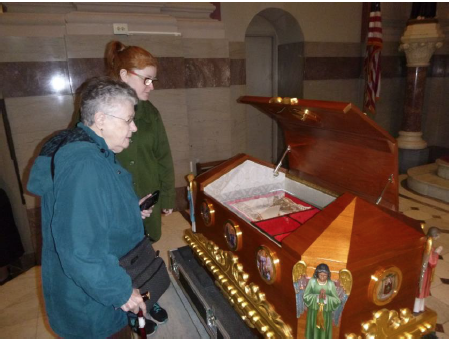 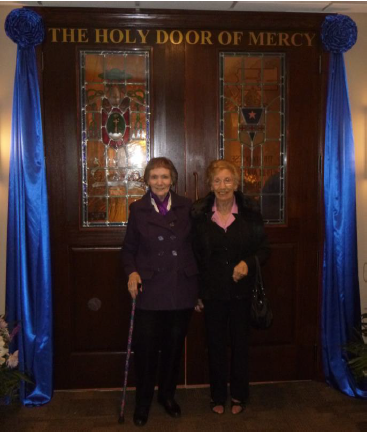 Last July Holy Family Home participated in the painting of the mural that was created as a memorial of Pope Francis’ visit to Philadelphia and the World Meeting of Families. After the visit to St. John Neumann Shrine, the group stopped by St. Malachy School to see the finished product. Everyone was excited and amazed to see the beautiful mural covering the façade of the school. They proudly pointed out sections that they had helped paint. 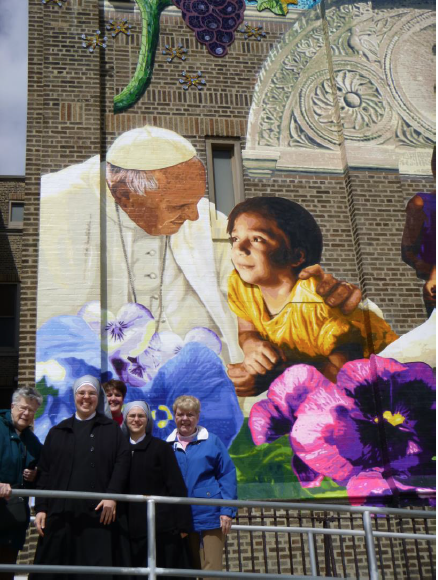 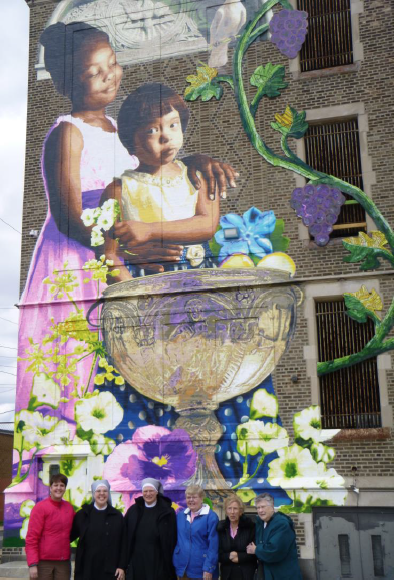 On April 2 Irish folk music and lush Celtic ballads could be heard on the Main Line as we held our annual Spring Concert at Villanova University’s Jake Nevins Field House. The show opened with Ben-David Warner, formerly with Scythian. Then after some time to enjoy a dinner prepared by the Home’s dining staff and bidding on beautiful silent auction baskets, RUNA, a Philadelphia Irish-American roots band, took to the stage. They mesmerized the audience with their haunting ballads and got the people to their feet with their fast fiddling bluegrass tunes. Thanks to all who attended and to all who could not attend but bought Lucky Irish Draw raffle tickets. Thanks also to our patrons and to our vendors and benefactors who donated food, drinks, and silent auction prizes. To see the list of patrons and donors, click here>>

Coincidentally, the night of our Spring Concert was the same night the Villanova Wildcats played Oklahoma in the Final Four. So we had the extra excitement of being on campus when they won (big time!) and the students poured out onto Lancaster Ave. to celebrate! Luckily, we were able to watch the game on our laptops! 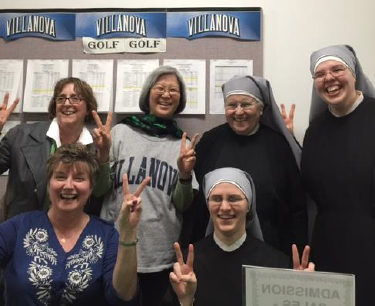 We said thank you and good-bye to Mother Margaret Regina, who has been provincial of the Brooklyn Province for the past 12 years. In May she will become Mother Superior of our home in Newark, DE. During her final visit to Holy Family Home as provincial, the Residents put on a play for her, which highlighted the corporal and spiritual acts of mercy, with a scene from Jesus’ time and a modern day scene. Many Residents participated and did a wonderful job. Below, Mother Provincial thanks some of the cast members. Residents act out “visit the imprisoned” and “heal the sick.” 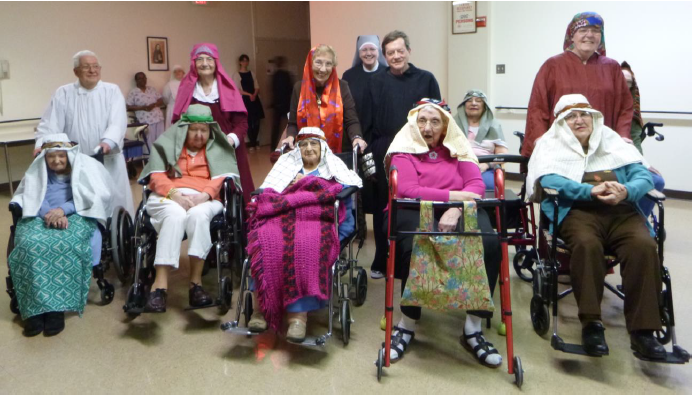 Finally, we sadly said “Auf Wiedersehen” to Sr. Cornelia, Little Sister of the 4th Floor Personal Care unit, who has been transferred to France. We thank her for the care she gave to our Residents and we will miss hearing her play the organ at Mass and mealtimes. We are happy that she will be closer to her family in Germany. 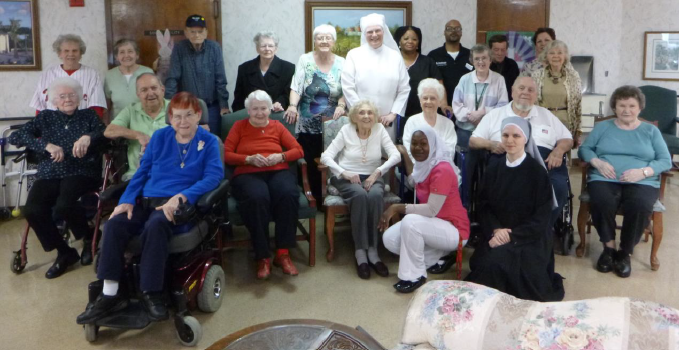 Happy, Holy Holidays!
﻿Marching from May and Jumping into July